Many great ideas in history have been born out of inspiration, many of OUR great ideas are born following a boozy dinner, a couple of Jaeger bombs and a few hours of reckless abandon in the closest night club. It was one of these evenings, around new year 2011, when school friends Andrew Henderson and Paul Angell, having consumed a fair few ales, decided it would be a commendable achievement to tackle LEJOG – or ride Land’s End to John O’Groats to those non-cyclists (us included).

After months of planning (procrastination), once dates and route had been set, we decided to share our challenge with those brave (foolish) enough to attempt the feat alongside us. We were literally inundated with a number of responses – and that number was 1.. And that 1 was Mark Allerton.

So here it is, from the 16th – 28th September we will be cycling unsupported from Land’s End to John O’Groats. Our journey will cover a demanding 924 miles and a total climb of 47,757 feet (that’s 1.7 times the height of Everest, to put that in some type of perspective).

If completed, it will undoubtedly be the biggest physical achievement of our ageing 31 yr old bodies. At 25, Mark’s challenge will be carrying us along in his slipstream for the majority of 924 miles!

But self achievement isn’t the only reason we are undertaking this challenge. We are lucky to be healthy enough to attempt LEJOG, and we wish to take advantage of this.

So here comes our plea. The main incentive for us to finish is MONEY, money for 2 very worthy charities; NSPCC and Help for Heroes.

Please contribute to our cause, our target is to raise £5000 pounds between the 3 of us over the coming months and we won’t stop until we reach our goal. In advance, thank you for your support! 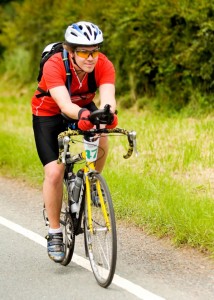 Mark will be taking part in the whole 924 miles ride along with Paul and Andy. Riding a Giant OCR Team 1 Replica road bike with a triple panniers, he will be flying alone the straits and down hills, but with all that weight on the back how will he fair on those long and gruelling hills through the Exmore National Park and Scottish Highlands?

Paul used to be pretty fit at university but since then has pretty much just sat on his backside. He took on this challenge very much to increase fitness and has been cycling properly for about 4 months…maybe 3. Paul will be riding his newly acquired 2011 Specialized Tricross with a couple of panniers on the back and a fancy iPhone holder on the front so he knows where we’re going. He is pretty much the definition of ‘all the gear no idea’ and is pretty concerned about his lack of hill training… is the week before too late?

Andy hasn’t written a paragraph about himself yet… as you can see from the picture he’s decided that a mountain bike will be his chosen method of transport for the trip. its certainly going to make it interesting!